A Book Review “One Pot” by Martha Stewart

*This post contains affiliate links on products mentioned in this article, I do receive a small sales percentage on purchases made through this link to help fund this website and bring you great content.

The crisp air and the bustle of the Holiday season is upon us, what a perfect time for some easy clean up one pot cooking!

I cannot think of anything more divine than the comfort of a warm hearty meal that has been simmering on the stove all day filling our abode with the aromas of some good ole home cooking,
and Martha Stewart’s cookbook “One Pot” is a one stop book for easy and nutritious meals to feed the family.

I was so excited to receive this book and the opportunity to share it with you, so lets on to the review shall we? First off let me say that I love Martha’s cookbooks, typically the recipes in her books range from simple to elaborate and everything in between, so the complete novice or the well seasoned chef can always find something to take away from them. I have many cookbooks and Martha’s are always a much loved addition to my collection!
Upon first skim, this book offers not only traditional one pot recipes such as Beef Stew, Chicken and Dumplings, it offers a few variations of the classics with different versions of  both Roasted Chicken and Macaroni and Cheese. Some international flair is thrown in as well with recipes like, Kimchi Stew with Chicken and Tofu, and Savory Sausage and Tomato Pudding – in British circles known as Toad In The Hole.
“One Pot” offers recipes for a vast array of one pot cooking vessels, this is much more than the standard crockpot cookbook. Not only does it contain full page gorgeous food photos with a full range of recipes, but also the nuances of each vessel with its basic information, key features, and cooking tips for the:
Diving In, out of all the various scrumptious and interesting recipes, the first I had to try was Toad In The Hole. I have heard of this recipe before, not sure where from, maybe watching Brit comedy television? But with such a name, I had to give it a go. Besides how much fun would it be to announce to the kids that we were having Toad In The Hole for dinner? I can just envision the look of horror and amazement upon their little faces, shucks it is Halloween week afterall! I know they would just want to dive right in out of sheer curiosity.
Hubby and I enjoyed it, It was somewhat reminiscent to a dinner version of a dutch baby pancake in texture, with a thicker consistency but without all the sweetness. I couldn’t find the cherry tomatoes on the vine or the fancy cumberland roll of sausage Martha used in her fabulous recipe photo. I used mild Italian Sausages and it turned out pretty darn tasty I must say! Have to admit that It wasn’t a favorite for my kiddos though, they stated that it was some weird kind of breakfast dinner.
The next recipe from this book for the kids would have to be something more traditional, like the mac n cheese, chicken with mushrooms, or one of the four chicken soup dishes. But the little troupers are also always willing to try something new so I know this book will see a lot of time upon the kitchen counter, soon to be covered with splatters and drips, like every well used cookbook acquires!
“I received this book from the Blogging for Books program in exchange for this review.”

Shared this post on the wonderful sites listed on my Party Page.

Here you can create the content that will be used within the module.

You can find this book here on Amazon: 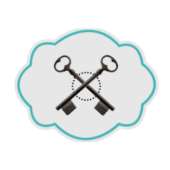 Calavera Breadboard For Day Of The Dead Decor

7 Tips For Creating Your Own Chalkboard Signs

Make sure this account has posts available on instagram.com.

Thanks for your input, I love to hear your thoughts! Opt on into the mailing list and keep ontop of the latest posts.

You have Successfully Subscribed!

* Data submitted by this form will be used by Unique Junktique and no one else.